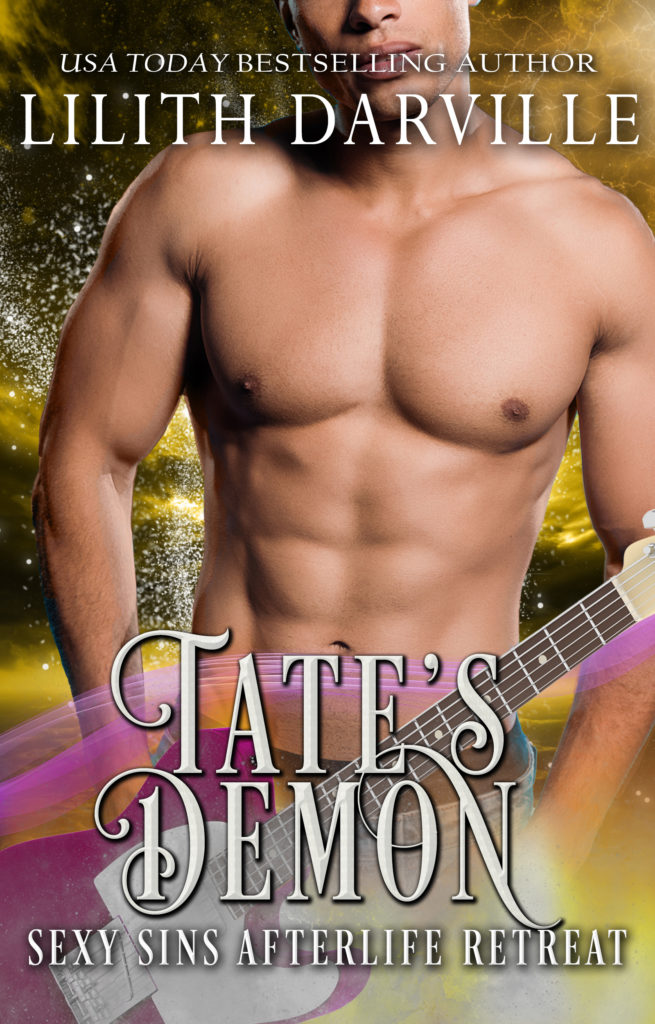 Breaking News: This is the third book exploring one snarky woman’s adventures in the afterlife when she lands her ass in the Sexy Sins Retreat as director. So yes, there’s some sizzle (a given).

Tate here! We’ve no sooner snatched Francis from eternal oblivion when the pace picks up with an invasion that puts one of the clan in the Fade on the brink of extinction. They tell me Hades has it in for me. Correction, he wants me for his harem, and no way in hell will I be caught dead—pun intended—in Hades’ harem.

We are in danger of never fulfilling our destiny. I have two weeks to figure out how all this clan stuff works, find out who or what’s behind the incubus invasion—all while my libido is in hyperdrive. All of this excitement has put me in quite the Quiver Quandary. . .

Tate’s Trial is the third book in the Sexy Sins Retreat series sizzling paranormal romance with four irresistible guys and a spunky heroine who doesn’t need to choose. Be prepared to giggle!